Much better, yes?  As tired as I am today (I have no idea why, but I’m going to bed soon, I promise), I found it easier to write this evening.  That feeling has been rather AWOL of late.  Along with it comes relief.  During those dry spells and blockages, you sometimes think it’s not going to come back.

In tonight’s video, we learn what happens to you when you don’t sleep.  Good night, everybody.

This is going much more slowly than I thought.  I’m not in a race to finish by the end of the month anymore.  It’s too much pressure.  If I do, then great; if not, I’ll keep going until the book is done.  I think that NaNoWriMo has done that much for me this time around, and that’s good enough.

Writing is like this sometimes.  Some books don’t come as easily as others.  Some characters kick and scream and clutch at the door as you try to draw them into the light.  Rose’s Hostage practically fell out of the keyboard.  Tunerville went faster the more I wrote.  Perhaps this book will too.

Speaking of easy, let this wonderful song by the uber-talented Ed Sheeran insert itself into your ears.  Just try not to tap your feet.  I dare you.

Cleaned house; watched Once Upon a Time (hush; I know it’s sort of dumb, but I like it), and managed to get a scene percolating from one of the illustrative passages I mentioned before.  Now it’s late and I am very tired and I have to work tomorrow.

I forgot to update my counter on here last night, so now it will reflect the word count from both today and yesterday.  My NaNoWriMo count stands at 7,540 so far.

In tonight’s video, we see some adorable penguins who managed to break out of their enclosure at a zoo in Denmark but were soon busted.  Helpful hint, guys–you might dry your feet before you try that again!

I’m not feeling well tonight, so I decided to comb through my notes for scenes I haven’t written yet.  I found these strays floating through them, where I made notes and then wrote small passages to illustrate them.  They’ll all go in the book.

I also found the name of the road in London that I appropriated for Protagonist 2’s locale.  It’s a pretty road with a lot of Victorian row houses on it.  I stumbled onto it when knocking around Hampstead one day last autumn.  There’s a house listing on this road, and it’s only £4,500,000.  Sure, I’ll make an offer.  IN MY DREAMS.

Protagonists 1 and 2 are young adults in the 1960s; here is a hilarious look at their social scene in London at the time.  The narration is super snarky, but it’s a good representation of the kooky fashions of the time.

Still reading and working with Protag 1’s dossier.  I added a little bit to something I finished, too.  Also, my word count spreadsheet says I only have 84,956 words, so I have updated my counter to reflect that.  Not sure where I went wrong; I probably entered a number incorrectly.

There’s a scene I want to write, but I’ve been avoiding it until I can get a few more words under my belt.  Or perhaps I should just do it.

The most difficult part of a book to write is the middle.  It tends to sag sometimes.  Whether you start at the beginning or skip around like I do, the middle bit is like that stretch of dull, endless highway between your home and your destination.  You’ve gone too far to turn back, but you’re not sure you have enough energy to go on.

You get sleepy and you try to focus on your craft, but you’re anxious to get to the end, and so it suffers.  You drift.  Sometimes you get so far out of your lane that when you go back and reread what you wrote, the incongruity of it is like the blare of a trucker’s horn snapping you out of your doze.  You veer back into your lane and vow to pay attention.  You’re dedicated.

If you want to see an example of dedication, watch this video about a man in India who has cared for his feathered friends for over ten years.  And did you know there are wild parakeets in southeast England?  Yes, it’s true.  I’ve seen them.

All right, it’s not Canada Day and I’m not in Canada, but I liked those, okay?

I hope everyone survived the weekend and you’ve recovered from Monday.  The Back of Doom is better– I managed to do a set of stair climbs today (just one, but that’s progress) at work.  And I finished another lingering scene.  Yay!

I was not hung over from Saturday’s experiment, I promise.  I drank a huge glass of water before bed and managed to sleep long enough to awaken with nothing more than a very slight headache.  But an entire week of working while in major pain really took the starch out of me.  I was tired on Saturday, and Sunday I just could. not. even.  I didn’t even get dressed. 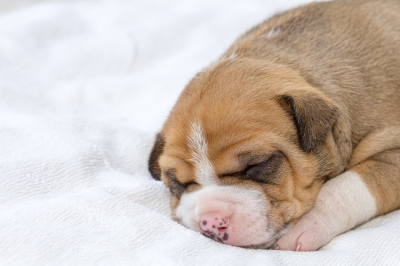 You need that every once in a while.

So we’re back in the saddle again, and I’m starting to get more into Protagonist 1’s head.  That person’s scenes have been woefully neglected while I carry on my rekindled love affair with England.

Time to go to sleep for tonight.  My office is closed on Wednesday (Veteran’s Day in the US, Remembrance Day in the UK), so hopefully I have some catch-up time.  See you then, Wrimos.

I’d have a drink to loosen things up a bit (hey,maybe all those alcoholic writer tropes are there for a reason!), but I have to skate in the morning.  So I’ll sit here and babble in Word for a bit and hope I can pull something useful out of it.

My sister texted me and we started texting emojis back and forth and I found a hamster one and it reminded me of this.

I’m slowly recovering from the infamous Back of Doom, and I managed to have a few moments of zen tonight, enough to crank out a small blog post worth of words.  Yay!

My main focus has been on finishing scenes I left undone.  In some cases, I quit working on them because I lacked information on the subject matter (particularly the film industry stuff), but that means nothing.  You don’t have to know everything to write a draft, and this is a trap I should warn you about.  Don’t get sucked down the research rabbit hole, Alice! 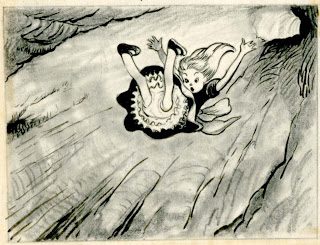 I seem to have been falling for hours; pity I didn’t bring my laptop.

For your viewing pleasure this evening, I present this smoking hot male model showing off 100 years of manly beauty in just a minute and a half.  Which decade do you like best?  Sound off in the comments!

And I’ve finished a scene that I left hanging when I stopped writing before.

Three cheers and a tiger for me; I’ve won!

It has a plant in it for a future event.  I’m thinking I may not have been as subtle as I liked, but given this character’s anxiety, perhaps a bit of foreshadowing will work here.  Why should he be the only one who worries?

It’s getting late; I had to work through lunch and didn’t get to sneak a few words in today, so I shall sign off with this video of elephants at the Oregon Zoo playing with their food.   Enjoy!

I wrote a chapter on Secret Book at lunch last week that was so good I made myself giddy.

I posted about it on Google+, and a friend said, “It is the most elegant drug.”  She’s right; I really did almost feel high.

Now if only I can get the rest of the book to that caliber.  I’m challenging myself with this one–not only is the scope and research more wide-ranging than anything else I’ve attempted, but it’s far more character-driven, and despite a rather difficult and speculative quirk, more literary.

Plus, I have two worlds colliding with these characters.  However, by a stroke of good timing, I’ll be able to cram some research into my holiday, both geographical and cultural.

On the bad side, by several horrible folds and stains in the fabric of time, I will miss the following:

I will be asleep on a train coming back from Scotland.

This would have been my program:

If you haven’t seen the original 1985 Fright Night, I highly recommend it.  It’s great fun.

I’ll keep working on it.  Perhaps I’ll get another shot.  Or maybe the Universe is trying to tell me it doesn’t want me to skate any more—this is the second time it’s skunked me on a club exhibition.  A trip to Loch Ness trumps an amateur ice show, of course, but it still sucks.  You’ll have to give me a better reason than that, Universe, if you want me to quit.

Just to drive you crazy (heh heh), listed below are some of the things I’m trying to research for Secret Book.

If anyone has any specialized knowledge of these things, or knows someone who does, I would appreciate any input you think might enhance the story.

In case you’re wondering, I’ve put the Rose’s Hostage sequel on the back burner for now, until Brian sends my manuscript back.  I can’t write anything until I know what he thinks I should change in the first book.  Well, I could, but I don’t want to.

Besides, if you knew what was going on inside my head right now, you’d be all over me until I finish Secret Book.  Only ONE person knows what happens, and that is someone with whom I had to discuss the psychology issues.

So until I’m finished and start querying, it will have to stay a secret.  I was hoping to get a large portion of it written before I go on holiday, but that probably won’t happen.  Looks like it will be a working holiday.

Maybe if the book sells, I can write it off!

That’s all for now on the book.  I’m counting down the days now until I can get the hell out of here.  If I can post between now and then, I will, but there’s a lot to do, so don’t count on it.  I still have to try on clothes, mock pack, get my hair done, work, clean the shit out of my house, and of course, write.

Look for pictures and commentary on all I’ll be seeing and experiencing.  I’m looking forward to sharing it with you!