I’ve finished the hard copy edit of Tunerville.  Now to put the marks and changes I made on the paper manuscript into the digital one.  I think I’ll do that in the evenings, so I don’t have to lug that damn binder around.

I had a doctor’s appointment the other day and ended up waiting for an hour, but luckily, I had the manuscript with me and just sat there and edited.  Once I got away from the idiots in the waiting room who would not shut up, that is.

Oh, it’s not?  Really?  Well, it’s a pretty cool letter anyway.  Lots of interesting words begin with R.  Let’s look at some, shall we?

Rawr!  Okay, that’s not really a word.  But it’s my favorite.

Raconteur:  a teller of tales and anecdotes.  No, it isn’t meant to describe writers; it refers to oral stories.  Beowulf is an oral tale passed down for generations before somebody finally wrote it down so generations of English students could gnash their teeth over it.

Hint:  it’s easier to understand if you read it aloud.

Raita:  (RY-tah) Hindi.  A dish made of yogurt and spices and/or vegetables eaten in India, Bangladesh, and Pakistan.  It’s used as a sauce or dip, and sometimes a salad.  I haven’t tried it, but I like Indian food so someday I might.  We have a decent restaurant here. A raita with cucumber and mint. Try not to double dip, you dirty thing.

Realism:  in literature, theater, or art, portraying things as they really are, i.e. in a realistic manner.  Also a literary movement in the nineteenth and twentieth centuries that deeply analyzed characters and situations.  Mark Twain, Henrik Ibsen, and Norman Mailer have all been classified as realists.

No matter how hard Watson tried, he could not persuade a recalcitrant Sherlock to sit down and relax for a while. 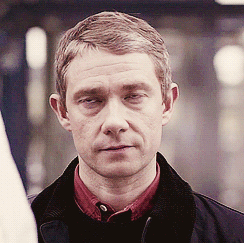 Rhetoric:  This is a tough one, because it has more than one meaning.  Collins English Dictionary has four definitions:

In my Analysis of Scientific Literature, we used definition 1 to study how science writers got their points across.  Pretty interesting, but I often got so wrapped up in reading the actual articles that I forgot to analyze them.  Because science is cool.

The Doctor shook his head sadly.  “This poor alien’s rhizogenic properties doomed him.  See, he could not get out of the Cyberman’s way and was crushed.”

“Well, so it is.  Must have left my glasses in the TARDIS!  Hmm…suddenly, I’d like a salad.  With extra aliens, if you please!”

Rictus:  gaping or open mouth.  I’ve seen / heard this word refer to a grimace as well.

Riposte:  a sharp and fast retort.  This is what you give when someone disses you and you zap them right back.

Rotund:  round in shape, plump or fat.

“What a lovely, rotund roast of beef that is, Margaret,” Sir Giles said, licking his chops. “I can’t wait to tuck in.”

“Your brain defines rudimentary when compared to mine,” Sherlock said, seemingly failing to notice that Moriarty’s lady friend was sneaking up behind him about to clock him with a vase.

Ruminate:  to chew cud, as with a cow (ruminant).  Also to ponder something.

EASTER EGG ALERT!  My sister and I had a lot of fun with this one.  The writer of the early Nancy Drew books, Carolyn Keene (pseudonym for a number of contract writers) made Nancy ruminate over something.  Of course, we knew the other definition first and laughed for days over Nancy chewing her cud.  I use this word in every book I write, for my sister.

Rye:  a cereal grain used for bread, animal food, and some whiskeys.  A good rye bread is very tasty.  I like the dark kind myself. An ear of rye. Similar to but not the same as ryegrass. Don’t try to make bread from that stuff on your lawn.

That’s all the vocabulary I have for today, people.  Go out and word!