I know it's #DoctorWho night but the cable last week was being an asshole, so I'm sitting here listening to music from #TheWitcher and making fun stuff for the sequel to Tunerville instead of, you know, actually revising it. #amdickingaround pic.twitter.com/nHsNaGj7A0

Yep, I wrote a sequel. Yep, that’s the one I finished in December 2018. Yep, there will be one more.

Last year, I got into a discussion with some people who were reluctant to buy into book series because they’d previously been burned when a writer bailed and didn’t finish. I understand how frustrating it is to get invested in something that disappears (Firefly, anyone?), but traditional publishers will ditch a series if the first book doesn’t sell.

Since this is my enterprise, I’m free to plunge ahead regardless. I don’t know if anyone beyond my blog or my friends will read my current work. Even if that list is small, everyone on it deserves the best and most complete story I can give them.

With that in mind, I formally declare my intention to FINISH THE DAMN SERIES. 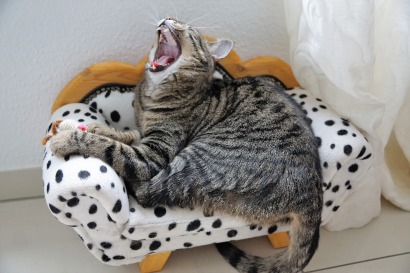 Whether you want it or not!

Now that Tunerville is out and you may have read it already, I want to talk a little bit about the characters in the context of diversity. If you have not read the book yet and would rather not know anything, you might want to bail on this post now.

If you haven’t read it yet, you can get Tunerville (and my story collection, The Shiny Folk) here. I’m not sure that Amazon is shipping physical books currently; due to the COVID-19 pandemic, they’re focusing on supplies. Paperbacks might have to wait. If you don’t have a Kindle, you can get a free app here. It works on everything.

Consensus seems to be, rightfully, that lived experiences are best and most authentically portrayed by those who have lived them. The controversy around Jeanine Cummins’ recent novel American Dirt is a case in point. The linked article contains a quote from actress Eva Longoria, who points out:

“There’s a bidding war over this book, which means all the publishers wanted this book. And they wanted some sort of way in to a different community. The problem with that is that the publishing industry is 80% white, from agents to editors and publicists.”

I don’t think it’s impossible for a white, cisgender, straight author to write about a culture or identity to which they don’t belong. However, because the majority of white, cisgender, straight authors are divorced from anything other than our own experience (and this is by design in a white supremacist society), if we choose to, it falls on us to approach it carefully.

The LGBTQ characters and those of color in Tunerville function in the book’s close orbits admittedly without much friction. The Crew is inclusive; they coalesce around their shared interest in ghost hunting. Gabriel, who is black, is the one who started the Ghost Crew. His wife Ann-Marie is a law student. Josh’s new boyfriend Trevor is welcomed, his extreme disengagement the only eyebrow-raiser.

While Chris’s impulse to help ghosts is laudable, it takes him a while to grasp the real meaning of the saying “the road to Hell is paved with good intentions.” The media attention around Chris drives Josh to remove himself from the Ghost Crew for his and Trevor’s safety. In a stinging diatribe, he serves Chris a blunt reminder of the latter’s selfishness — and his privilege:

“[…] just because you don’t hassle people for being who they are doesn’t mean everybody is so enlightened. You don’t have a clue. You can walk down the street holding somebody’s hand and nobody throws a beer bottle at you.”

An invisible hand clamped over Chris’s mouth. Neither Josh nor his last boyfriend, the other victim of that attack, had wanted to report it, lest they invite more harassment or scrutiny.

“Nobody objects to where you live,” Josh continued. “Nobody leaves nasty notes on your car. Nobody tells you, ‘You better keep away from my kids if you move in here.’” He choked on the last word. “You got what you wanted. I’m trying to have what I want. And I will not lose this relationship because of you.”

Chris faces a public shaming directly after this conversation. It’s a hard lesson for him. The tuner is a great leveler — a reminder that everybody dies. But the questions it raises bring out the tendency of people to judge and categorize. The ghosts of all demographics find themselves reduced to a novelty, their humanity the subject of endless debate.

The viewpoint in Tunerville remains grounded in that of the white, straight characters — Chris, Hannah, and Hector, with a brief sojourn into Dean’s head. Of these, only Dean could be considered marginalized; as an incorporated ghost, he’s well aware of the prejudice the newly resurrected face. He’s not only out of place but out of time.

I think she can understand that.

I wanted to make a point there about Chris’s self-indulgence beyond the longing that drove him to invent the tuner in the first place. He’s a creature of privilege whose ability to indulge his own desires without question has never been challenged. When it is, he bristles, but since he’s good at heart, I let him embrace the opportunity to widen his view, which is what we all should be doing.

As a cishet white woman (who isn’t a ghost — yet), discrimination is not likely to affect me. Nobody is profiling me or trying to deport me. My only experience of marginalization is being female in a male-centric world and dyscalculic in a math-centered one. I don’t face death and abuse every time I walk out the door.

I couldn’t leave out people who aren’t like me entirely, because they exist, in my world and in Chris’s. When I wrote this book, I knew less than I do now, and I know less today than I will tomorrow. Every day is a chance to learn.

For now, staying in my lane felt like the safe choice and the most respectful one. I’d rather hear those stories from the people who lived them.

Book 2 will feature more Hannah. And lest you think I fridged Josh, he will return. I have plans for him.

At some point, I’ll have a job again and when I do, perhaps I’ll have enough money to do a Goodreads giveaway. They charge for that and it’s not cheap.

In the meantime, listen to the Toilet Paper Knight — stay home and stay safe!! 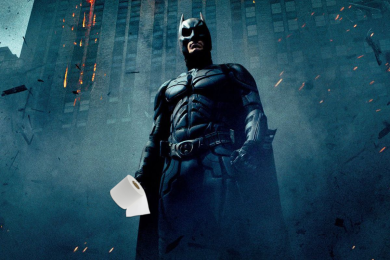 He’s not the hero we deserve, but he’s the one we need right now. 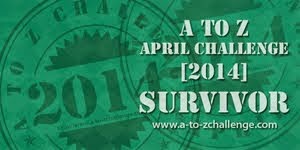