With the exception of a few PC titles such as the Myst series, an old Cyberflix title Titanic: Adventure Out of Time (I LOVE this game) and Angry Birds, I haven’t played many RPG or puzzle games.  It’s a nerd weekend, however, since Egon and I are attending VisionCon (see my post Geek Heaven). We also checked out a really cool ‘80s-style arcade downtown in my city.  Ah, Pole Position.

Egon has a nefarious plot to turn me into a gamer.   He loaned me a superfluous PS2 and is making me play my way through Final Fantasy X.  In a clumsy, excruciatingly slow manner, I’m actually enjoying it, except for one thing.

For a newbie, this crap is DIFFICULT.

The controller is evil.

During my first stint in college, I spent hours at the mall arcade.  Ms. Pac Man, TRON, Centipede, Galaga, and Tempest were my favorites.  All these games have only a joystick and maybe one trigger button.  Playing Myst on my computer required only the arrow keys and the mouse.  Easy!

The PS2 controller is a freaking nightmare.  There are buttons.  The buttons don’t go the way you would think.

Worst of all, each game has different controls.  L1 for this, X or O for that.  I spent hours getting yelled at by the King of All Cosmos in Katamari Damacy just to get the hang of moving the little Prince around.

It even LOOKS evil. Like something Darth Vader would have.

An unfamiliar strategy is required.

One of my biggest challenges in Final Fantasy X is figuring out HOW to fight monsters.  I can’t just indiscriminately shoot.  I have to target each monster’s weakness with each character’s strengths, without getting everybody killed in the process.

A perpetual goof is forgetting to scroll to Black Magic when it’s sorcerer Lulu’s turn, and hitting Attack instead.  You can’t fight Ochu with Moogles! They don’t do anything!

Too many things on the screen

Myst, Riven and Exile have nothing but scenery.  You walk around and touch everything, following your instincts (or if you’re impatient like me, the hint chapters in the strategy guide).  The only things to read are journals and letters scattered around.

FFX and other games have status bars everywhere.  I can’t read all that stuff at once.  That’s why I don’t read comics; I have to stop and look at every panel twice in order to get it all.  It’s annoying.

I’m not good with numbers either.  Don’t make me do math or I’ll run away crying. 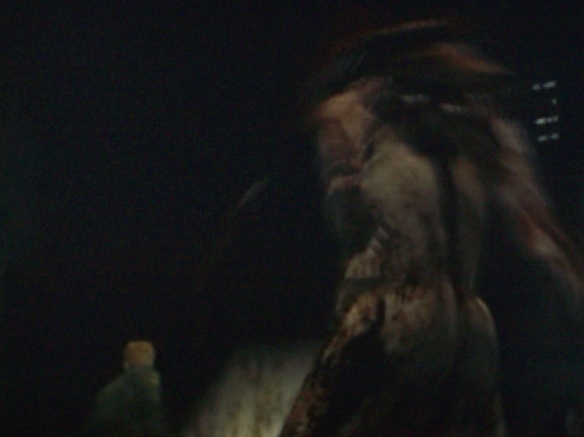 It’s not all bad.  I love watching Egon whip through Portal 2 and I really do like playing.  If I had more time, I daresay I’d get the hang of it.

Below find some of the games I’ve finished / sampled / want to play:

Flower – sooo pretty.  Relaxing ambient music, and a cool interface that allows you to swoop and soar as the wind spirit.  When you touch all the flowers you’re rewarded with a buzz from the PS3 controller.

God of War III – Egon let me fight some skeletons.  I think I would like this one.

The Hitman series – I have them, but haven’t played yet.  Love Jesper Kyd‘s music.

Some of the Harry Potter games (not the LEGO ones) – I bought them used. I think they’re simple enough they won’t drive me crazy.

I think I’m getting into the groove.  Lucky for me, I don’t have a job now so in between filling out online applications and getting some writing done, perhaps I can play more.  What the heck, I’ll work later. Hand me that controller….

2 thoughts on “Console Games are Kicking My Butt”