Who else lives in your protagonist’s world? Are the locals insular, or more open?  Small towns can be either welcoming or suspicious; large cities seem cold and indifferent.  Would your story be more effective if you set these common tropes on their ear? “Weeelll, I reckon it looks pretty happy here, but this whole town’s actually full of serial killers.  Welcome to Mayberry!”

What problems do these people face?  They could deal with crime, gangs (you can have gangs in small places.  They’re not just a big-city problem.), and corruption—all internal issues that create great conflict.

People form groups.  What groups exist in your place, and how do they get along?  Grudges, resentments, and longings can provide fuel for a ton of conflicts.   Think about Stephen King’s book Needful Things.  The small town of Castle Rock, Maine (fictional) sees a new shop open—one that carries an assortment of one-of-a-kind, must-have objects.  To obtain their hearts’ desires, the townspeople who venture in are persuaded by Mr. Gaunt (who may or may not be human) to play pranks on other townspeople.  This feeds a constantly escalating war of getting even that eventually progresses to actual, bloody conflict, warfare, and murder.

A nice place to live.  Sure it is.

The joke here–and it’s on the town–is that all this is staged for Gaunt’s entertainment.  King writes this character as though he is somewhat magical, but the reason all his manipulation works is because he knows what makes these people tick.  He knows their fears, their desires, and exactly where to pluck the strings of their intertwined relationships to make the most discordant music.  The horror does not lie in his ability to make Cora Rusk think she’s wearing Elvis Presley’s actual sunglasses, but in that he knows exactly what buttons to push.

Imagine if he weren’t a kind of Loki figure but actually lived in the town for years and knew everybody.  Imagine the sort of damage he could do.

The locals in your story will have their own cliques, feuds, and loyalties.  Their community goals will vary depending on how you choose to portray the setting, of course; a small town fighting a huge factory farming conglomerate for the preservation of their family acres is different from laconic city dwellers who have far too many things competing for their attention already.

The Dark Tower:  The Wolves of the Calla puts Roland and company in the tiny village of Calla Bryn Sturgis (WARNING:  spoilers at the link).  Here, once every twenty-some years, creatures called Wolves come from the dark land of Thunderclap and steal one of each of the town’s numerous sets of twin children.  As the ka-tet approaches, the town desperately reaches out to them for help.  Because gunslingers have a code that obligates them to assist people in genuine need without recompense, they do so.

And party a little bit while they’re at it.

Both readers and Roland’s New York apprentices finally get a real look at what it’s like to live in Mid-World.  We get that in Wizard and Glass, and they do peripherally, but only because Roland is telling them a story about it.

Calla Bryn Sturgis is different from Hambry in Mejis, though some of the customs are familiar to the gunslinger (the Rice Song that Roland dances to in the picture above is something he learned in Gilead, where he grew up).  Their dialect varies, too (“What would ye visit on us, ye chary gunstruck man?”) and lacks the Spanish influence so heavy in Mejis.  There are no vaqueros—they raise rice, not horses—and Roland expresses surprise at seeing one sombrero so far away.

It’s too easy to write villagers the same way over a series, but King manages to give them enough regional differences to keep the story fresh.  If your characters will travel far and encounter various populations, you would do well to follow his lead. 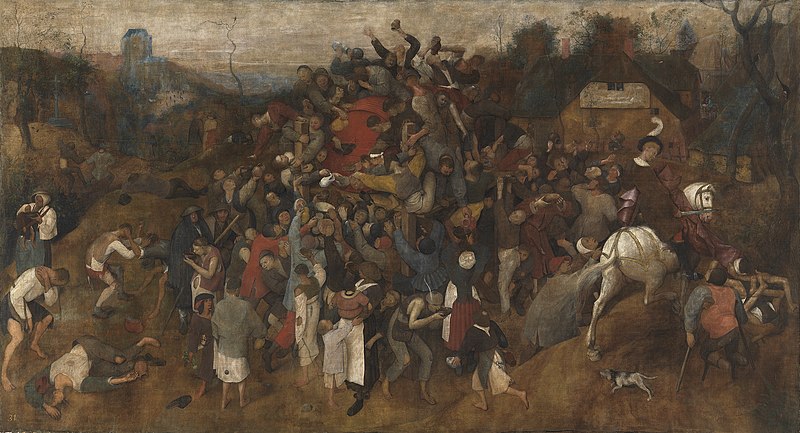 Yeah, we don’t all quaff mead and jump over bonfires on Harvest Night.  Sheesh.

You can use a concordance to keep it straight.  A concordance is a list of principal words or topics in a book, usually something scholarly or important like a linguistics text or a bible.  You can make one for your book.  I have concordances for both Tunerville and Rose’s Hostage, and they cover some of these topics:

Have some fun with your locals.  Make them scary.  Make them silly.  You might find twists and turns in your story you never imagined—let them take you there.

2 thoughts on “L is for Locals”