Is your story set in a prison or some other kind of internment situation?  Such a setting will have its own rules, separate from those with which your protagonist may be familiar.  The authorities in charge could have consistent guidelines or very arbitrary ones.  And the inmates or captives will have their own social codes.

Examples of a confined setting include:

You could also create a confinement situation with an event that suddenly traps people, as in Stephen King’s novel Under the Dome.  In the book, a huge clear dome comes down over a small town.  The residents can’t get out and no one can get in.  Personality clashes and secret (and not-so-secret) agendas bubble to the surface and add to the danger the captives face.

A prison setting is fairly easy to research if you want it to lean toward realism.  For the sequel to Rose’s Hostage (working title An Unsettled Calm), I got in touch with someone at a nearby federal facility regarding day-to-day life in the big house.

It ain’t no Club Fed, baby.

A work camp for tetrahedron-shaped aliens on Planet Eos in the star system Dogmaticus IV can squirt directly out of your brain, complete with a squadron of tentacled guards against a green sky.  Or whatever turns you on.

If you decide on a prison or captivity setting, at some point your protagonist or one of his inmates will likely attempt to escape.  Since most prisoners don’t manage this by themselves, either your setting will have to have an inherent weakness or your escapee will need help. 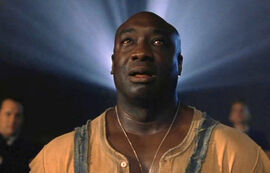 Or a conveniently timed miracle.

Remember your infrastructure.  Both the soft and hard versions matter in a prison.  First, Farquat needs to figure out how he (it) can breach the perimeter and flee the work camp (a drainpipe a la Rita Hayworth and Shawshank Redemption; going over the wall).

And what organizational systems run this place?  Where can you erode them so Farquat can con the guards or enlist its fellow inmates to help?  Once it’s out, can it commandeer a prison shuttlecraft, hijack a nearby freighter, and fly away from Dogmaticus IV, or will it have to stow away on a maintenance vehicle?

In Stephen King’s novel Misery, Paul Sheldon can’t leave Annie Wilkes’s house because his legs are injured so badly he can’t walk.  When it dawns on him that Annie is actually holding him hostage (and she’s completely batshit insane), he also realizes she’s confined him chemically.  He’s hooked on the painkillers she gives him.  Paul has to engage in mental combat with her to even survive. 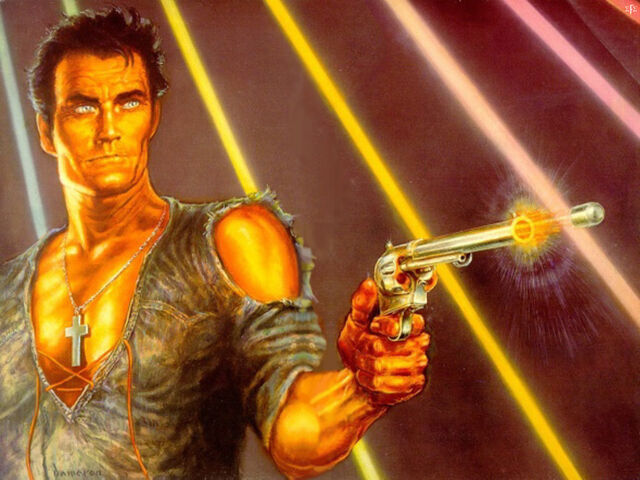 Roland Deschain could break him out, but alas; there is no Dark Tower crossover here.  Sorry, Paul; you’re on your own!

In your place of keeping, try a few different points of view.  One continuous, unchanging setting can get monotonous, but no two characters will see it the same way.  What is maddening to one may seem cozy to another.  Experiment and see what comes up.  The only wasted writing is the effort you don’t make.

4 thoughts on “K is for Keeping”