You might have noticed that the Secret Book meter hasn’t been moving much lately.  In fact, at all.

Not indefinitely; I just hit a character snag and I’m trying to work it out.  I don’t think that meter is the greatest anyway; it doesn’t show progress as well as I’d hoped.

The stuck isn’t all book-related, unfortunately.  I’ve been rather distracted by several stupid things lately.  A writer friend posted this Salon article by Ann Bauer and now I’m even more bummed.

Done?  That article hurt.  I know if I work hard, I have a shot, but sometimes it seems like a longer shot than I ever anticipated.  And to be totally honest, at this exact point in my life, getting a book published has not been my main goal. 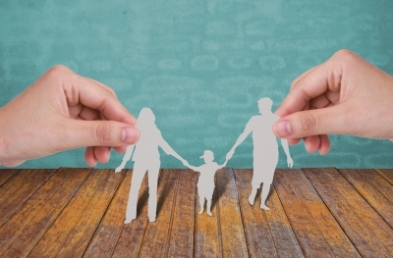 That’s a family, in case you thought I just wanted to learn papercraft.

I’ve tried everything to find someone like this, to no avail (yet).  In my medical writing class, we were given an assignment to make up our own medical term.  This was mine:

Cardiorrhexisopathy:  A process where the patient persistently falls in love with the wrong damn man, causing the heart to break repeatedly.

Yes, I do suffer from this condition.  Apparently, the only cure is marrying the right person, but so far, the subject of this research has proved elusive.  It’s almost too late for the kid thing (but not yet), so the universe better get cracking.

Somehow, I’m sure I’ll end up with this one.

Three queries out, and one rejection from a publisher.  Bummer.

Secret Book news (yeah, I know I talked about it earlier):

I’m not that far from the end of the first draft.  Some scenes need a great deal of research, however, and they will end up lightly sketched until I can finish that.  The tough part has been writing about the development of a relationship.  I’ve almost forgotten what that feels like.  I keep telling myself, it’s a first draft, dummy; just write down what happens, and you can rewrite it later when your heart doesn’t resemble a pigeon smashed into the pavement by a passing car. 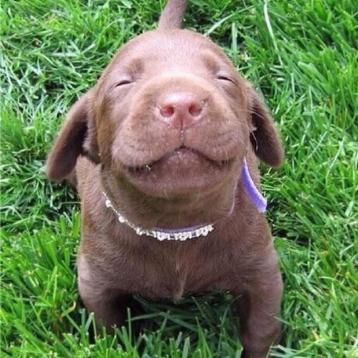 No illustration for that, so here is a picture of a smiling puppy instead.

Some of the research has been tedious, and other things fun.  I signed up for the Doctor Who class at Syracuse University, where my homework is watching numerous episodes of Doctor Who online and then discussing them.  I don’t get any credit, so I don’t realy have to do anything.  It’s perfect!

Since the show was created during the exact period my book is set, it has helped me get into the mindset of that era.  I also follow a page on Facebook called Old Photos of London and the East End.  Other followers post reminisces in the comments, which often yield tiny tidbits that may be useful.

I still need to make a plan for further exploration when I return to London in April.  I’d like to make the most of the time, because I’m only going for a week.  You may not get a post then unless something very cool happens.

Hmm, if I sneak into St Paul’s Cathedral and claim sanctuary, would they let me stay forever?

I’ll be back soon with another vocabulary post.  We’re nearing the end of that series.  If you have any ideas for another you’d like me to do, let me know in the comments.