After the Airport Saga From Hell, I’m home.

Someone had a medical emergency on the plane whilst we were boarding, and we left Heathrow an hour late.  By the time I got to Atlanta, went through Immigration (they have kiosks now; it’s brilliant.  So much easier.), collected my checked bag (WTF, they don’t even look at it again—why can’t it just go on through?  It’s already been accepted at Heathrow!), turned in the bag again, and ran to my gate, my connection was gone.  There were no other flights to my dinky airport on any other airline that night.

That’s what I get for living in Mayberry.

Delta gave me a hotel voucher.  I had to drag my overstuffed carry-ons through Hartsfeld-Jackson Airport in search of the ground transportation and the hotel shuttle.  I was so tired of carrying my souvenir duffel and my shoulders were so screamingly painful that I ended up dragging it behind me on the floor like a dog on a leash.

Yeah, my bag didn’t want to go for a walk either.

I finally found ground transport, and I spent the night at Country Inn.  The next morning, I got to the gate for the plane to my city.  We had to wait ten minutes for maintenance.  Then we boarded.  We sat there for fifteen minutes before the pilot came on the intercom:  “Folks, we’re having a mechanical issue and you’re all going to have to return to the terminal while we try to find another plane.”

After another hour in the terminal, we re-boarded and took off.  FINALLY!  I figured my bag, which probably had gone on without me, might be lost, but I had to wait until I got to MyCity Airport to know for sure.  It turned out that they had held it back and it was on the plane with me.  One cab ride later and I was home.

Then I went to work for three hours.  Then I went home again and crashed.

Now here we are.  My hotly anticipated holiday is over, and I’m not sure how I feel about it.  I debated somewhat whether to post this or not.  It almost sounds like I’m whinging (whining), but I suppose it’s valuable to remember that things aren’t always perfect.

Some of this I wrote before I left, and corrections are in brackets (parentheses).

Things that have changed since the last time I was in the U.K.:

But some things still look the same.

Things I wish had been different:

It might have been different—but it might not have.  Maybe I was afraid it wouldn’t.  Nothing is worse than going out and sitting at the bar alone and feeling like a blowsy hag and getting hit on by fat old rummies. 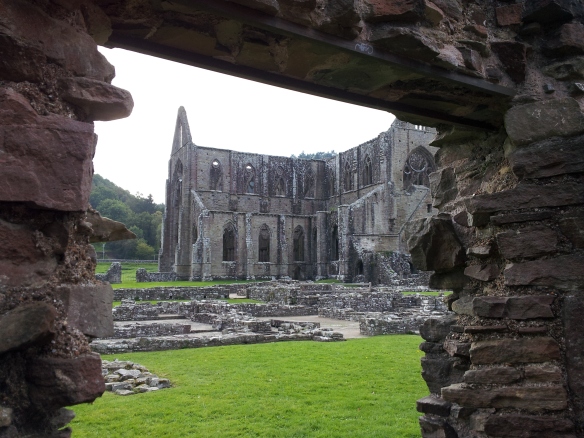 It didn’t bother me to do this, nor did it bother me to share tables at crowded pubs and restaurants with strangers.  You just sit and eat your meal and don’t look at each other.  I’m so used to being ignored everywhere I go that London was absolutely no different.

And the day I went to BBC, I got off the tube at Warren Street Station, looked at the sky, and got my brolly (umbrella) out of my purse automatically without even thinking about it.  Twenty seconds later, it rained.

My online community is having a meetup in London in the spring, and I’m itching to go back.  Despite some disappointment, I can’t stay away.

4 thoughts on “Britain 2014–Home and Reflections”