It’s 11:30 pm here in England.  I’m sitting here watching a British version of Hoarders on TLC (yes really) after a lovely afternoon being shown around the centre of Kingston-upon-Thames and how to get to the train station, etc.

We hit up Primark (super cheap Walmart-level clothing) where I found a cute tote bag that my computer fits in and also has 1) a cross-body strap and 2) closes with a zipper completely.  What is up with bag manufacturers who leave the tops open–have they never heard of pickpockets!?

And why do we not have Primark in the U.S.?  I’m loading up, people!

We also went to Boots so I could get some toiletries. Though I packed far too much crap (I should not be allowed to start packing until a week before I leave–I do much better that way), I didn’t want to drag that kind of stuff here when I can just buy it.  I will try some British brands, but for now, I stuck with my familiar Olay moisturizer to avoid breakouts.

A visit to a place called Carphone Warehouse netted me a British pay-as-you-go mobile (a prepaid cellphone in American).  I got a cute little Samsung smartphone made for the kiddies and a talk/text/data card.  My PAYG won’t work over here.  Now I can get hold of my Welsh buddy and make calls, etc.  It’s as much for safety as information and keeping in touch.

Although I’ve been here before, it was a long time ago, and I wanted to note some impressions for you. 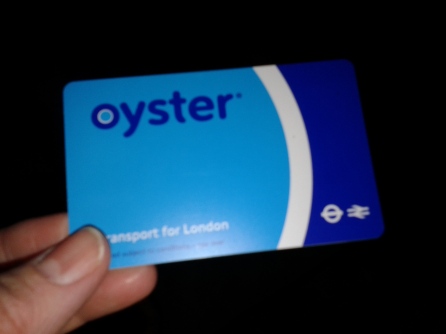 I can go anywhere now. It’s a thing of beauty.

Today, my auntie and her friend and I had lunch at a lovely pub and went to Richmond Park, one of eight Royal Parks and the largest enclosed green space in London. This was on my list anyway. 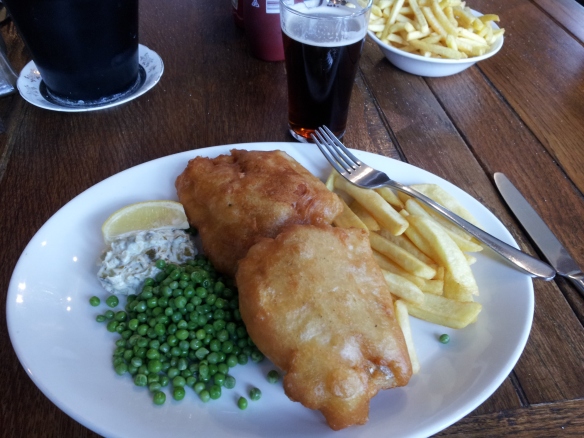 If you find a place with good fish and chips, you’ve found heaven.

Richmond Park is full of deer–they have been there since before the days of Tudor kings, when the land was set aside as royal parkland/hunting areas.  Because so many people wander around the park, they’re kind of used to them, and they don’t run away when you get close to them (mostly).  They roam around freely in the park. 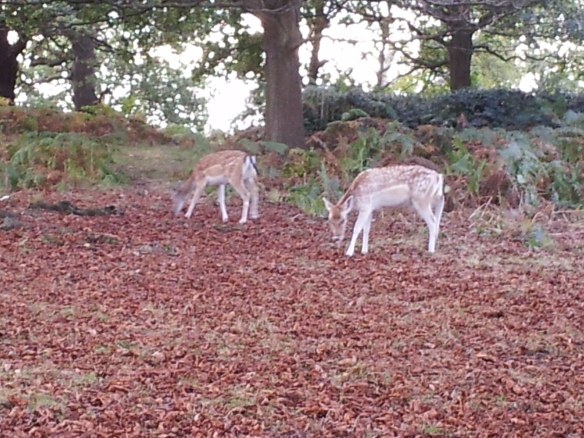 This is the part the tourists want to see. 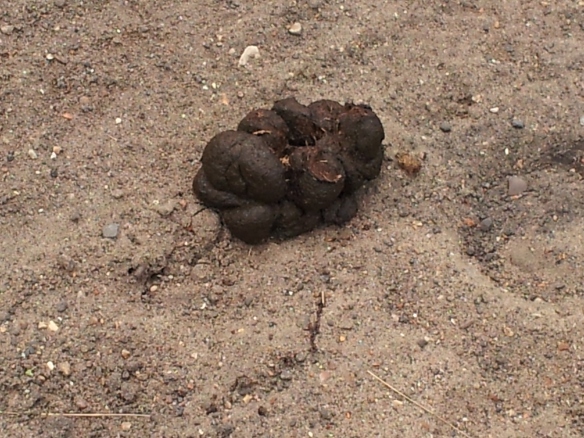 This is the part nobody tells you about.

There’s an ornamental park within the park called the Isabella Plantation.  Find out more at the link.  I did not know this existed, but it was absolutely one of the loveliest places I’ve ever seen. 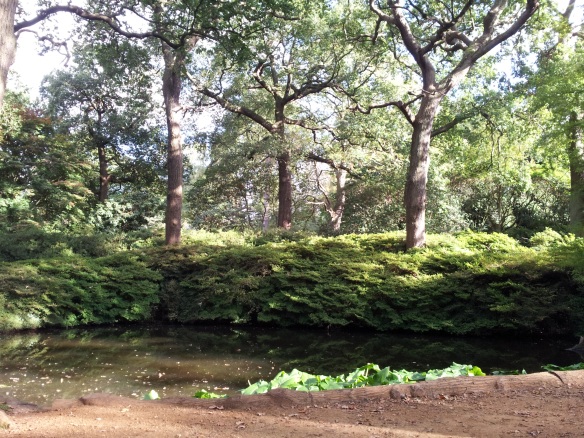 On the way back, we heard what sounded like a cow bellowing.  We looked under a tree and there was a huge stag, at least 12 to 14-point, who apparently was none too happy we’d disturbed his nap.

Another stag in a meadow was wandering around, occasionally calling out and just looking cool.  We’re approaching the rutting season for these animals, so the boyz are strutting their stuff.

At King Henry’s mound, there is a maintained unobstructed view of the city.  It’s quite far, but if you look through the gap in the center, you can see the dome of St. Paul’s Cathedral. 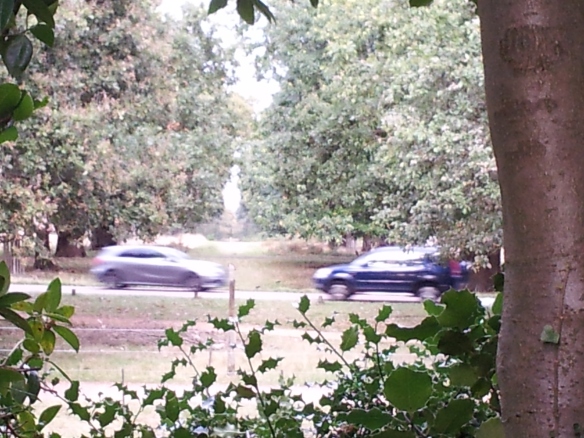 The slit in the center is the view. You can’t see it in the picture because I took this with a smartphone. You’ll have to come see it for yourself.

Tomorrow I go to Cardiff, Wales on the train.  My B&B has internet, so I will post when I can.  This holiday is going by much too quickly.  I’ll just have to come back.  Oh darn.  :)