It’s been a while since I did a vocabulary post.  Today’s letter is M, which stands for mother, marker, mythology and muwahahaha.

Manticore –  a mythical monster with a human head, the body of a lion, and a scorpion’s tail.   Yecch! 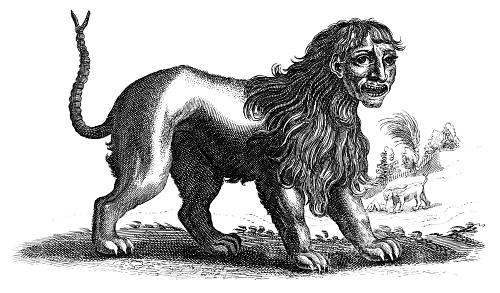 Why this thing hasn't turned up in a Batman movie, I can't imagine.

Metallurgy – the study of metallic elements.

“Suicide.  It’s elementary, my dear Watson,” Sherlock proclaimed.  “The dead man had studied metallurgy, therefore he would have known that breathing smelter dust, with its high level of cadmium, would kill him.”

Mhorr (also mohr) – a West African species of gazelle, known for the rings on its antlers. Like goats, mhorr also produce bezoar, a stonelike substance found in the stomach or intestines and believed to be an antidote for poison.   In Harry Potter and the Half-Blood Prince, Harry uses a bezoar to save his friend Ron from death after Ron mistakenly drinks poisoned mead. 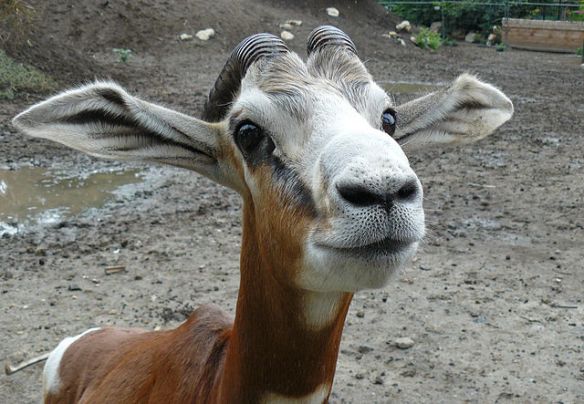 I iz in ur stomach, savin ur lifes.

Mickey (also Mickey Finn) – a drink that has been doped to render the recipient unconscious or helpless.

Batman refused the delicious, foamy root beer Joker offered him, in case the clown was trying to slip him a mickey.

Misogyny – hatred or mistrust of women.  What US politicians are currently displaying.

Han Solo’s brash ways did not suit his disguise as a member of the Order of Dai Bendu; he was unable to assume a convincing appearance of monkery.

Morel – a member of the genus Morchella, typically a sponge-shaped mushroom sought as a delicacy.  I’ve had them; they’re not bad, considering I usually hate mushrooms. 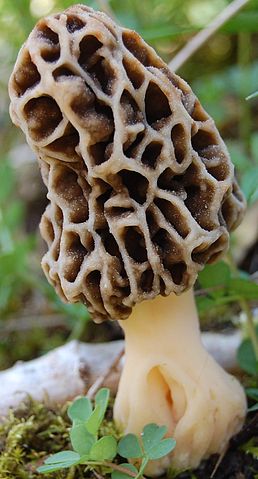 M. esculenta, the common morel. Or an uncommonly large boogie.

Mucilage – something sticky.  Usually refers to glue, but may mean other, more unpleasant substances.

“Earth’s sundew plant produces a sticky mucilage it uses to catch insects, which it then devours,” the Doctor explained.  “AlphaBeta IV’s version of the sundew is much, much larger, large enough to—DON’T!  MOVE!” He grinned.  “If you take one more step, Rory, you’ll be lunch for a plant.”

Mugwump – someone who is neutral, i.e. in politics or regarding controversial issues.

Myrrh  – a secretion of the Myrris odorata plant, used in incense and perfumes.  In Christian lore, the Three Wise Men, or Magi, brought it along with gold and frankincense (kinda the same thing) as a gift to the newborn Jesus Christ. 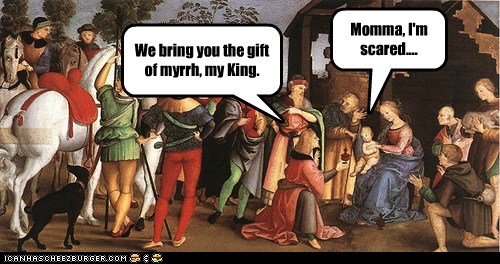 Painting The Adoration of the Magi by Raphael / Wikimedia Commons

Mynheer (mahyn-HAIR) – in Dutch, the word for mister, or sir.

That’s all for today’s vocabulary post.  See you next time!  (Every time I say that, I hear The Mickey Mouse Club theme in my head.  Damn, I’m old.)