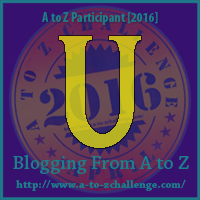 This will be a short post because I cleaned the house, car, myself, and made made salmon with avocado salsa for supper.  I am quite tired.

A utopia is an imaginary place where society has achieved perfection.  Speculative fiction, particularly science fiction, is loaded with these.  Some interesting story elements come out of utopias.

Think of Earth in Star Trek: The Next Generation.  That’s utopic.  Socially, politically, and morally, it has achieved a state where the populace wants for nothing.  Captain Picard says, “A lot has changed in three hundred years. People are no longer obsessed with the accumulation of ‘things’. We have eliminated hunger, want, the need for possessions.” (TNG: “The Neutral Zone“)

Everything is perfect, except when the damn replicator loses it.

What sort of conflict would characters have if everything were perfect?  You might have to catapult your protagonist out of this ideal world and into one where developments have not achieved such smooth workings.  Or, as with several episodes of Star Trek, the conflicts could be internal.  Even people who live in a utopia still have feelings, desires, and problems.  And because humans can’t exist for long without getting pissy with someone, there will be plenty of those.

You could create conflict by threatening the utopia from the outside.  In The Lord of the Rings, Frodo agrees to take the One Ring to Mordor because he knows that if he doesn’t, even his tiny, peaceful, unimportant corner of Middle Earth will become a festering wasteland.

And indeed, in the book it nearly does.

Image:  the Scouring of the Shire / theonering.net

Or, try breaking down the utopia somehow from within.  A saboteur, a weakness that somehow grows unnoticed until one small negligent act blows it wide open–possibilities are endless.  Another way to do this is show what seems to be a utopia but is really a ­­dystopia.  THX 1138, a science fiction film starring Robert Duvall and directed by a young George Lucas, is a great example of a complete dystopia (and is actually a good film).

Another thing you can do is have your utopia attempt to help a dystopia and everything goes horribly wrong.  There really is no limit to what people will do when they’re desperate or really, really bored.

You must avoid making the inhabitants of a utopic society either too intellectual or too childlike.  No one is completely one or the other; to do so will render your characters unbelievable or silly.  The same goes for the setting.  In the Star Trek: TNG episode “Justice,” the Enterprise approaches a planet populated by very innocent and open people (hilariously so), also has a catch.  If you commit any infraction while within a randomly designated punishment zone, no matter how unintended, the penalty is…death! 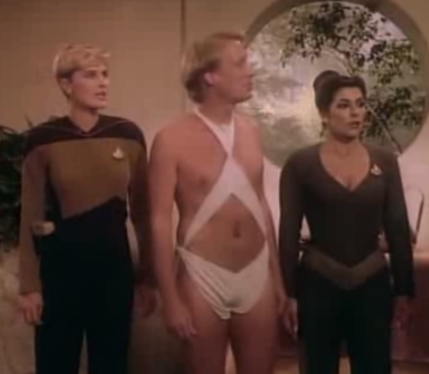 Whoever designed these costumes was really pushing it –it’s a wonder the censors didn’t kill them.

So no utopia will ever be too perfect.  Any world, especially one inhabited by intelligent beings, will always have flaws.

4 thoughts on “U is for Utopia”