Today’s topic is ethics.  Bear with me, because I took off my funny hat for this one. 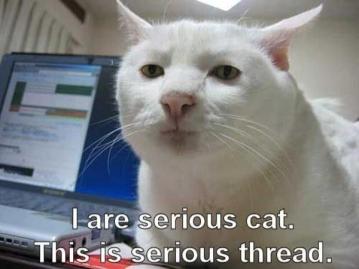 What does this have to do with research?

More has been written on this subject than I can even attempt to discuss here.  For fiction writers, research colors the work with authentic detail.  It enhances believability.  It helps with world-building.  It also raises questions of responsibility with the dissemination of information that could be used for nefarious purposes.

World-famous author Stephen King has been blamed for inciting violence with his own fiction.  The 1997 Heath High School shooting, in which Michael Carneal opened fire on a group of praying students, is the primary example.  Carneal had a copy of King’s short novel Rage, written under the pseudonym Richard Bachman, in his locker.  In the book, student Charlie Decker kills his algebra teacher and holds the students hostage, forcing them to participate in a bizarre social experiment.

King apologized for any contribution his book made to this or other incidents.  The novel fell out of print shortly thereafter and is no longer available in The Bachman Books collection or separately (although you could probably find it used if you really wanted to).

Disclaimer:  I have the original collection.  While the story is very good, I can easily see why the book was allowed to fade out of sight.  It’s basically a how-to for this type of crime.

This 2012 Psychology Today blog post by Joseph Grenny calls for a law restricting inciting speech, especially in the aftermath of school shootings that are the work of copycats, either using Rage or other media to spur them on.

Doubtless, many teenagers read King’s book.  A fair number of them probably identified with Charlie Decker.

I’m not sure I agree with Grenny on this, because as commenter TerryS helpfully pointed out, both the U.S. and England have managed to reduce the harmful consumption of cigarettes and alcohol respectively by education and public awareness campaigns.  Prohibition of alcohol cost the U.S. a great deal (and it didn’t stop anyone from drinking).

But TerryS has another point, and so does Grenny.  Mass media glorification of murderers and serial killers is nothing new; however, with the immediacy of the Internet and the growing inaccuracy of reporting these days, we should be careful what we say and how we say it.

We know that certain types of individuals seek glorification through their acts.  We also know that people have an insatiable appetite for the details of gory or shocking crimes and a deep need to understand why horrible incidents occur.

Take the recent crash of Germanwings Flight 9525, driven nose-first into the French Alps by a suicidal pilot, whose actions killed himself and all 150 others aboard (144 passengers and 6 crew).

If this were a fictional scenario, a writer might research ways to accomplish such a horrific act.  Should he outline every detail of his research in the narrative, including the exact methods, and the safeguards that the pilot overrode in order to carry out his plan?  Because that’s what the media has done, and assuming he had similar access, now the reader knows exactly how to do it.

Notice I am not mentioning his name–not only is it widely available on other media, including the article I linked to, but I don’t wish to give him personally any more attention.  By continually focusing on him, we may feed the starving psyches of other people in a similar state, who might look upon this pilot’s posthumous fame as something to aspire to.

Though caution is widely recommended by experts when these tragedies happen, and the media pays little or no heed every time, thankfully very few suicidal people follow this type of path.

As a writer, what can I do?

Restricting creative speech would hurt writers and other artists.  What would be the result of a law like this?  Would we have to submit our work to a government entity to ensure it won’t unduly influence a very small segment of the population into committing violent acts?  Who gets to decide that?

I don’t think we necessarily have to discontinue writing horror fiction and crime stories, or censor ourselves too much.  But I do think we should be careful what information we put out there, lest we find ourselves accused of undue influence — or worse, the target of a lawsuit.

Most of your investigative results won’t find their way into your work.  A well-researched story works better when not laden by scads of detail.  I’m not including works like Jean Auel’s Earth’s Children series — the saga of Cro-Magnon woman Ayla and her lover Jondalar, her Neanderthal Clan, and their Ice Age world are all the better, I think, for the rich and varied minutiae of that era the author included.

Prehistoric fantasy at its finest!  Thank you, Ms. Auel!

If you’re writing about Ice Age peoples, then weapons construction is probably okay (most people aren’t going to try to construct a flint ax head or an atlatl).  If you’re writing about bank robbers, as I did, it’s probably not a good idea to include a recipe for the flash-bangs they use during heists, though a savvy redditor or 4chan user could probably find one in about two seconds.

2 thoughts on “E is for Ethics”