I’ve begun revising some old work that will fit into the Rose’s Hostage sequel.  It’s painful to see how labored and idiotic it was.  The actual scenes themselves aren’t bad, and what I already did will save me a ton of research.  It’s the writing itself that makes me cringe.

Right now, I’m mostly changing names and tweaking references.  I’ll go back and excise all the purple prose when I fit it in.

I’m also starting to think about the other novel–in fact, I think more about it than I do about this one, sometimes.  I like to make playlists for writing sessions that are specific to each work.  With this one, I went to my dusty record collection and found an old orchestral thing I used to use as background music when I played restaurant as a child.  It’s perfect.  AND IT WAS ON AMAZON. 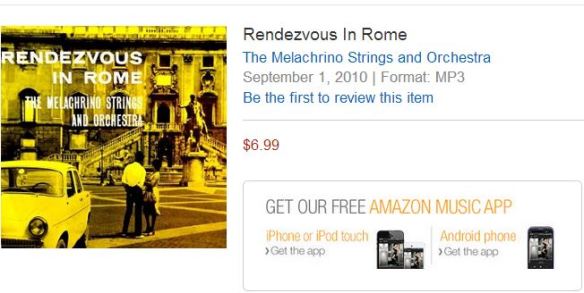 God, I love the internet.

Man, my parents had so many crazy old records.  We grew up listening to stuff from the 1950s and 1960s, everything from “La Bamba” to Mancini.  I credit them for sparking my obsession with soundtrack music.  When you’re sitting there coloring listening to Bernstein’s The Ten Commandments and Morricone’s Once Upon a Time in the West, how can you not love it?

Speaking of the ‘rents, they celebrated their fiftieth wedding anniversary on Saturday, July 19 (which was also Benedict Cumberbatch’s birthday.  Happy birthday!).

Congratulations, Mom and Dad!  I’d post an awesome picture, but I want to stay alive a little longer.

While I go attempt to organize myself for the evening, I’d like you to take a look at this Business Insider article.  It distills some great advice from Stephen King from his memoir/advice tome, On Writing.  Every author should have this book on his/her shelf.

You can buy it here.

4 thoughts on “Beginning and Advice from a Master”