M is for Mannerisms.

Think about all the little things people do, their habits and their quirks.  These are mannerisms.  They encompass both speech and gesture, and the combination makes for interesting characters.

Speech patterns are mannerisms too.  When the character speaks, does he talk a lot, like stream-of-consciousness dialogue?  Maybe he thinks best by doing it aloud, or maybe he just likes to hear himself.  Back to Literary Sherlock Holmes—boy, does he love to explain how he figured something out.  Poor Watson can hardly get a word in edgewise. 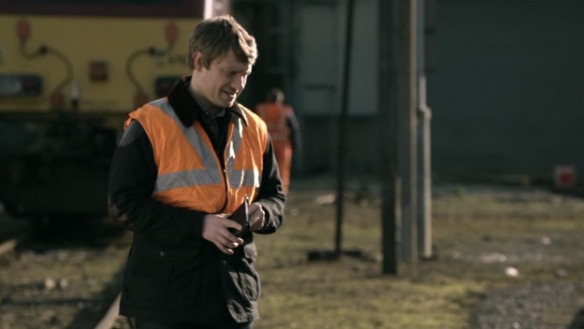 I tried to tell him he was about to walk off the kerb, but he wouldn’t stop nattering.

Others don’t talk much or use very short sentences when they do.  Speech to them is a way to convey important information.  They don’t have time to babble on, so you’ll get the straight answer from them, and it might even be rather blunt.  Cursing can also be a mannerism.  So can constantly interrupting people.

Some people bite their fingernails when they’re nervous. They may exhibit habits like sniffing (allergies?) or knuckle cracking.  The Smoking Man character in The X-Files had a very distinctive (and smelly) mannerism.  The way people walk, sit, and even stand tells you something about them.  Think of Hannibal Lecter in the film The Silence of the Lambs when you first see him, standing very still while he waits for Clarice Starling.  He’s a predator, like a cat at a mousehole.

Remember that we often adjust our behavior in different situations.  Your character might like to take a bit of snuff, but he probably won’t do it when he meets the Queen.  Of course, some people, like Jack Sparrow, are the same no matter where they are. 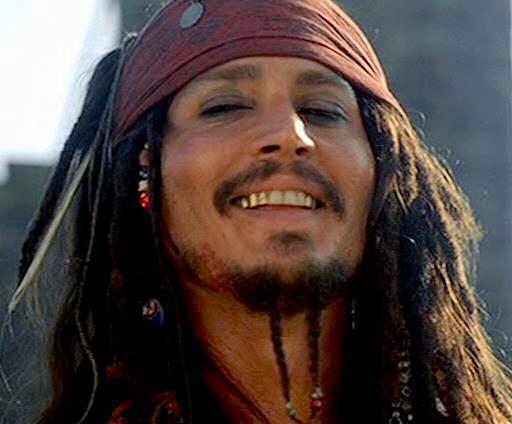 But you adore me anyway, don’t you, luv?

Mannerisms are important in crime fiction, too.  Investigators who track serial offenders look for what they call signature behaviors.  These are things the perpetrator does that are over and above what they need to do to commit the crime.  Though they can be deliberate (the Wet Bandits in Home Alone leaving the water on), they may do them unconsciously or out of compulsion.  A killer can change his M.O, or modus operandi.  He may come in a window one time and pick a door lock another time, but his signature will always be the same.

The victims he chooses are often a part of that signature.  For example, serial killer Theodore Robert “Ted” Bundy often chose victims who had long, dark straight hair that was parted in the middle.  Supposedly, they reminded him of a former girlfriend who had rejected him.

A criminology instructor I had once told our class about a perpetrator they called “the Ether Burglar” who broke into women’s occupied homes and sedated them with a chemical substance.  They caught him after one of his would-be victims put a hole in his guts with a shotgun (he survived).  They never found out what he did after he knocked the women out—nothing was missing, they couldn’t find evidence of any sexual activity, etc.

My instructor said he even approached the suspect’s lawyer offering a freebie—if he told them, they wouldn’t use the conversation in court (there’s a legal term for this, but I can’t remember what it is).  She said no.  We told him if he ever found out he had to tell us.  I think we’ll all go to our graves not knowing, although we all agreed he probably did get nasty somehow. 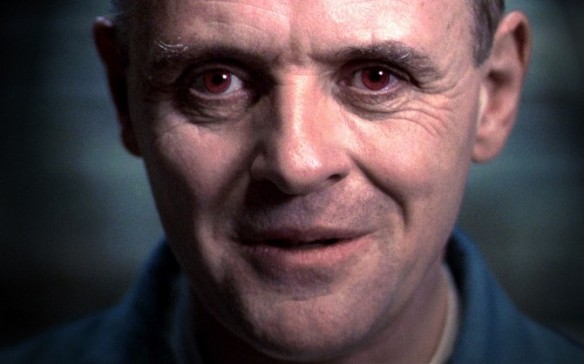 Just sic Hannibal Lecter on him.  He’ll figure it out.

Mannerisms should make sense—a confident politician will walk proudly, head up, not stare at his feet like a mopey teenager.  (By the way—don’t do that when you walk; you’ll get mugged.)  A cool secret agent type probably wouldn’t nervously tap his foot.  Choose them carefully for your character, and you just might wind up with someone unforgettable.

4 thoughts on “Character: M is for Mannerisms”