OH HOLY CRAP YOU GUYS.  I completely forgot about the A-Z Challenge!!!

I had a meeting at school on March 31, late in the day, regarding a class project.  Since the professor is also my adviser, we had a discussion about my desire to run like the wind from school.  Conclusion:  I’m taking the summer off to write the sequel to Rose’s Hostage, and I may or may not come back in the fall.

I apologize for forgetting, so today I’ll be posting my A and B posts.  (I knew I should have put a pop-up reminder in my calendar, but noooooooo, I thought I would remember.  Bollocks.)

The theme for this year’s challenge is Character.  Throughout these posts, I’ll discuss elements I consider when I’m developing a character for a story.  I might even make one up as we go along.

What the character does and thinks affects the story, so your first task is to figure out how old the person should be.  There are profound differences between perspectives at each age and how they drive a character’s actions.

For example, children lack information that adults have gleaned through experience, and they don’t always see things as they actually are.  Stephen King’s It and The Body (you may know it as Stand By Me, the film version) and Robert R. McCammon’s Boy’s Life contain fairly realistic depictions of how kids see and cope with events in their worlds.

Let’s make our character a single adult woman named Sarah.  What are some of the things she might be concerned with?

These are pretty basic to every adult, but Sarah will most likely be thinking about them in a different way at forty-three than she was at twenty-three.

Nope, gonna party ‘til I drop!

If Sarah is typical of most young people, she’ll be on her own but still learning how to handle her own affairs.  A twenty-three-year-old who went to college might not be working, but if she is, she’ll likely be entry-level.  She may be a saver, or she might blow her entire salary on cute shoes (or books, or computer parts, or whatever hobby you want to saddle her with).

Sarah could be in a relationship or dating around.  It’s up to you.  A serious boyfriend is an option here, but depending on where she lives and how she grew up, she may have a family already.  If so, her responsibilities will differ from other people her age.  She may be more resourceful or mature (unless you decide to make her a complete meth head or party animal).

Her outlook on the future will skew toward possibilities.  When I was this age, I felt I had the whole of time and space ahead of me.  I could have adventures.  I could do things that mattered.  I might even change the world. 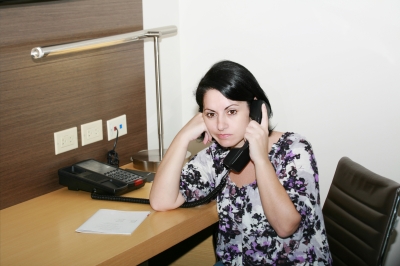 Sarah in her twenties will adapt to almost instantaneous changes; she probably rents instead of owns a home, and she may move far from where she grew up, more than once.

By this age, Sarah will probably have settled into some kind of routine existence, unless she’s a test pilot or an archaeologist or an astronaut.  Most people entering their forties have been working for a while, so they’re more aware of how to handle money, their time, and their duties.

This may also be a time where Sarah looks at career changes—maybe she had a family earlier and wants to do something different with her life.  She could return to that future optimism she had at twenty-three.  She could go back to school, which would revitalize her.  Overall, older adults tend to be more risk-averse, so Sarah might decide that she’s not willing to risk any stability for what could amount to a pipe dream.

Many people start to face their mortality in their forties.  They begin to lose parents, siblings, friends, and classmates.  Their kids grow up and have kids.  They may face health issues of their own.  They discover signs of aging (this can really mess with a character’s head).  It’s the age of evaluation:  is my life what I wanted it to be?  Is there anything I can do about it at this point?  If so, what?

Sarah in her forties is still young enough to change her life, but unless change is forced upon her (divorce, loss, asteroid), will she want to?

You’ll find tons of things to think about when deciding how old to make your character.  If you’re stuck in your story, try changing your protagonist’s age and write a few scenes from that perspective.   It might be just what you need to give your story some punch.

4 thoughts on “Character: A is for Age”