Take a look at the Picometer on the Home page.  I hit the NaNoWriMo goal!

Now to push on and finish.  I found another meter I can use to track my Secret Book progress, and I’ve uploaded it as a widget.  You can see it to the right on the main page, just above the Picometer, which I’ll leave in place for a few more days. 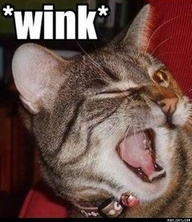 That should cover most of my shenanigans.

Here’s hoping it won’t take that many (that’s kind of long).  Word count for adult novels varies, but typically, 80,000–90,000 is standard for most commercial novels.  Secret Book should run around 90+, I’m thinking, when the preliminary draft is finished.

I expect it to balloon to over 100K during rewrites, but after that, I shall edit it down until it’s as spare as I want it to be.  This blog post by Jessica Alvarez at BookEnds Literary Agency is from 2009, but I found it helpful.  The comments are rather interesting as well.

After the draft is done—scenes written and assembled in order, I will take a step back and research the parts I had to gloss over.

It may not be the most efficient process, but it’s MY process.

Keep an eye on the meter–when I type The End, I’ll update the goal setting to wherever I stop.