No NaNoWriMo tonight.  I’m about to make an unsolicited submission of Tunerville in its entirety, and something a friend on Google+ said got me thinking.

On the cusp of this activity, and given that Tunerville relies quite heavily on the concept of God (no, it’s not Christian fiction), I wanted to clear up a few things.

My friend said that you can see, hear, and touch happy gay couples and their families, which proves they’re real, and that the religious people might want to remember that there isn’t any conclusive proof of God.

Since quite a few of my friends on that forum (and some IRL) are atheists and I am not, I just wanted to put in 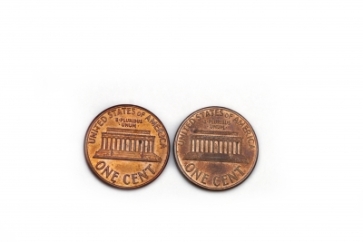 Here’s what I think people don’t understand about God and this whole thing.  Faith, by its definition, is a belief in things not seen.  It doesn’t demand proof.  It doesn’t have to.  It’s not science.

When people see something that contradicts their faith, like happy gay families with well-adjusted children, they can’t reconcile it in their heads with what they’ve been taught.  It sets up cognitive dissonance.  That is a state in which the mind can’t reconcile two things with each other.  In short, the happy gay couple and their well-adjusted kids hurts their brains.  And they get defensive.

The captcha for downloading this photo was “Wicked Guitar Solo.”  If that wasn’t God trying to be ironic, I don’t know what is.

To deal with this, the people either have to change the way they think about their faith and their beliefs, or they can condemn and dismiss what they’re seeing.  It’s WAAAAAAY easier to dismiss something than it is to change your entire outlook, so that’s what people do.  And to prove to themselves that they are right in their faith, they castigate those they have condemned and dismissed.  They punish and persecute, because they think they are right.  They’re not, but you can’t convince them of that because they have decided they don’t want to be convinced.

The best you can do is practice tolerance and acceptance.  You’re modeling it to them not just by accepting that gay people exist, this is a thing, it’s fine and natural and that is life and whatever.  You also model it by tolerating them.

Yes, you heard me.

Don’t get me wrong.  I am not saying you should tolerate discrimination, hate crimes, rudeness, or behavior like that.  But you have to remember, these people are operating in a haze of stuff they’ve most likely been spoon-fed since babyhood.   If they’ve come to it later in life, it’s probably due to a huge shift in their paradigm because of something unpleasant or life-changing, and they’re clinging to it with all their might because fuck that shitty thing that happened; if I follow Jesus, maybe it won’t happen to me again.

I was raised Roman Catholic, and I grew up in a town full of Baptists and Methodists.  The Methodists and some of the other offshoot churches didn’t care much what we were up to down at old St. Mary’s, but the Baptists were convinced we didn’t have our ducks in a row, and it was their God-given duty to get us to follow the right path.

I grew up hearing the following:

Well, all righty then.  I’ll just be over here, giving birth to saviors.

Not one time can I ever remember giving a crap what these people were doing at their churches.  I did go to other services with some of my friends–a Lutheran one, a Methodist wedding, and assorted other denominational variations.

For a short while in middle school, I had a friend named Val who was Pentecostal (what people called “holy rollers”).  We went to their church one evening during a sleepover at her house.  Having grown up in the Catholic Church, where you sit the hell down and shut up and don’t speak unless you’re giving responses and by God you better not poke your brother with the liturgy book during the homily and DON’T DROP THE HOST, that was weird.

People waving their hands, standing up, letting the Spirit move them, or maybe they had ants in their pants, I didn’t know.  Yelling “Amen!” and “Praise Jesus, YAASS!”  I just sat there with my eyes the size of bus tires waiting for it to be over.

None of this, thankfully.

I had to admit; I thought it was kind of cool that they felt that strongly about their religion.  My friend and her mother were absolutely convinced they had the line on Jesus.  But the best part was they never tried to make me believe what they did.

Val never came to church with me because they moved away, but I bet Mass would have been just as weird to her.  But see, I could tolerate them and even be friends with them because they tolerated me, even though I was different to them.  And that’s what getting along is all about.

Some of my atheist friends think God is a delusion.  I don’t care if they believe in him or not.  However, I don’t like hearing that I’m delusional or whatever because I do.  They’d squawk like hell if I said they were going to burn because they didn’t.  I deserve the same courtesy, thank you.  Most of my friends are pretty good about it.  If they weren’t, I wouldn’t be friends with them, not because they didn’t believe in God, but because that shit is annoying.

As for the religious right, in my opinion, God doesn’t give a flying rat’s ass if people are gay, straight, black, white, purple, green, or tattooed.  If he did, no one would be gay, there wouldn’t be gay animals, and if you put one drop of ink on your body, you would burst into flames.  Not happening–he doesn’t care.

If God exists, and I think he does (and not just because I grew up with that concept), I think Buddy Christ is much more accurate than a judge-y, Zeus-like figure shooting fire and brimstone at all the sinners.  But whether your concept is one or the other, or none, I’m not going to judge you.  I think you’re wrong to hurt people over it, and I’ll fight like hell to keep you from doing that, because it’s stupid. So is some of the old-fashioned junk the Catholic Church teaches, which is why I don’t go to church anymore, and why I think Pope Francis is a total badass for trying to make changes.

Now my friend who said there is no proof of God is quite right about the hypocrisy of the situation.  If you can’t see, hear, or touch God, how do you know he wants you to persecute gay people?  Because it’s written in a book?  Prove that God wrote the book.

It’s a matter of faith.

Just because you don’t believe in God doesn’t mean he doesn’t exist.  It doesn’t mean I’m delusional for thinking he does.  Atheists and Christians alike need to remember that before you can change someone’s mind, you have to understand why they think the way they do.  While you’re doing this, you might just learn something–if you’re paying attention.

If you can’t convince them, then let it go and find some common ground, because all the fighting is getting really fucking old.

So if you get to read Tunerville (and I hope you do), remember that.  I’m not telling you what to think; I’m only telling you a story based on what I think.  I hope you are entertained by it.  That’s all it’s there for.